Thank you! Your submission has been received!
Oops! Something went wrong while submitting the form.

Last week, the Pound dropped back from its highs of around 1.40 to a little over 1.38 at the close on Friday. This was consolidated after Friday's dollar strength but followed Boris Johnson's recent political scandal which still has not reached a conclusion.

Coming up we have a very busy week for GBP, with the focus being on the Scottish elections and the Bank of England April meeting (both on Thursday). We should see a series of upgrades to the Bank’s growth forecasts (as a result of the UK’s positive vaccination program) and this encouraging outlook suggests the Bank may announce QE tapering. ING have stated that the GBP/USD pair should be retesting the 1.40 benchmark as a result of the tapering.

You can view the recent movements in GBP/USD in the graph below.

The Independent came out with a poll indicating that UK PM Boris Johnson is facing intense pressure to allow a second Scottish independence referendum if the SNP wins a majority at Holyrood on Thursday. Additional details, conveyed by Reuters said, “The poll also suggested that Mr. Johnson would be heavily expected to win another referendum. Just 19 percent said Scottish independence would be positive for the UK, while 41 percent believe it would be negative.” At this stage, it is not thought that the rumours of another referendum will have a huge impact on the pound.

· as we observed with the Brexit referendum, the risk premium started to be built into GBP only six months ahead of the event; and

· the first Scottish referendum in 2014 did not translate into a material build-up of GBP risk premium.”

We saw a stronger Euro last week, hitting a fresh 3 month high against the USD around 1.2148. This retreated a towards the end of the week following a Dollar surge. Europe is set to reopen to travellers, yet the upbeat news coming from Brussels is insufficient to help the euro recover against the resurging dollar.

In general, the euro benefitted from some catching up as the continent's vaccination campaign ramped up, however, the economic gap is widening in comparison to the US and this could weigh heavily on euro/dollar pair in the short term.

The tussle between the European Union (EU) and the UK over Brexit remains tight amid allegations that the bloc is taking comfort in how much the UK has lost. Further Brexit rumblings will undoubtedly continue into May – News this morning has indicated that France has rejected the UK's provisional changes to fishing licenses.

Several European countries enjoyed a bank holiday on Monday, but the American session failed to trigger higher trading volumes overnight and give another jolt to the dollar. The ISM Manufacturing PMI failed to rise beyond March's 64.7 score, dropping to 61.7 in April. The publication of this figure serves as a hint toward Friday's Non-Farm Payrolls, so will influence trading this week against the greenback.

The USD was further pressured by not so optimistic comments by the Fed Chair Jerome Powell, saying that the US economy was doing better but was not out of the woods yet.

Treasury Secretary Janet Yellen rejected concerns that President Joe Biden's spending plans would trigger rapid price rises. She echoed the words of Jerome Powell, her successor at the helm of the Federal Reserve, who explained why inflation is only transitory.

Robert Kaplan, the President of the Dallas Fed wants the bank to taper off the Fed's bond-buying scheme ‘soon’, although it appears that they are not ready just yet. 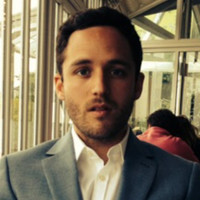